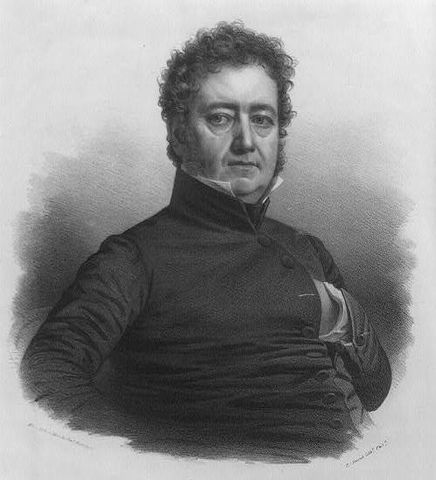 Located in the quaint Town of Belvidere, Warren County’s earliest park, Garret D. Wall Park, stands as a testament to the vision of its namesake who was an accomplished Attorney, Judge, General, and United States Senator. When Warren County was created in 1825 by an act of the New Jersey Legislature that separated the area from Sussex County, the Town of Belvidere was chosen as the county seat. This decision was considerably influenced by the actions of Wall, a wealthy landowner who had donated grounds for a county courthouse and public square.

In 1824, Wall created Warren County’s first park, which in his own words shall: “always to be kept and continued open as a public square, walk, promenade for the free common and uninterrupted use of the county of Warren forever.” Today, the park boasts beautiful mature trees and picturesque grounds where visitors can enjoy a nice stroll or picnic in the center of Town, while also admiring the many historic buildings surrounding the park. Known locally as the Town Square, the Garret D. Wall Park has also become the location for Belvidere’s popular Victorian Days, as well as many other events throughout the year.

The court house and other public buildings were also focal points of Wall’s plan to develop the fledgling community of Belvidere which lies at the confluence of the scenic Delaware and Pequest Rivers. In 1826, they were built at a cost to the taxpayers of less than $10,000. Soon thereafter, Belvidere experienced a building boom in the last half of the nineteenth century that resulted in the charming Victorian style it displays today. The same Warren County Court House that Wall saw dedicated nearly 200 years ago, now looks out upon the public square which is named in his honor, three churches, and numerous professional offices.

The appearance of the court house has changed little over the years. Originally 40 by 60 feet, the two-story brick structure now extends back an additional 40 feet. The jail situated in the lower story is now gone, as are the gallows which once stood out front. High profile murder trials had taken place inside the court house and the square was once home to public hangings, the last of which took place in 1892 in the jail yard with only legal witnesses present. The commotion of high profile trials and hangings in the town square have long yielded to quieter, calmer park with a picturesque landscape for visitors to enjoy.

Standing beside the Court House, a dignified War Memorial depicts the names of all known Warren County deceased veterans from World War I to present with names still being added. The memorial exemplifies the respect, appreciation and gratitude that forged its creation. The vision of Leo Becker, WWII navy vet and historian of the Belvidere American Legion Post 131, he and a group of friends organized to design and raise money for the War Memorial. A core group of volunteers including 88-year-old Leo hand built the War Memorial in six weeks.

On November 11, 1998, Veterans Day, the Warren County War Memorial was formally dedicated and presented to the people of Warren County. The War Memorial consists of three panels of black granite, quarried in India. On them are inscribed the names of the 287 men and two women from Warren County who lost their lives or are listed as missing in action while on active duty in World War I, World War II, the Korean War and the Vietnam War. The stones rest on a brick plaza adorned with granite benches standing beneath the United States flag and the POW-MIA flag. A time capsule holding various documents was placed there in 1999, and a voice repeater system was installed in 2000 so visitors can hear a recorded history of the monument and the names of those it memorializes.

Next to the War Memorial is the Purple Heart Memorial, which was dedicated on Nov. 5, 2000 to all recipients of the Purple Heart. Funded through generous donations, the red granite marker – “red for the blood they shed” – is dedicated to all those who were wounded during our nation’s wars and conflicts. This memorial also includes granite benches, a brick-paved walkway, special lighting and landscaping.

Garret D. Wall Park is owned and maintained by the County of Warren, in cooperation with the Town of Belvidere and local volunteers.